Registration of a corporate color as a trademark

Registration of a corporate color as a trademark

Recently, it was reported that a number of companies registered trademarks consisting of one color. This information was widely discussed in the media, as well as among designers, lawyers, and patent attorneys.

It was widely reported that Sberbank, MTS and Gazprom registered their corporate colors —green, red and blue - with Rospatent. A trademark consisting of one color was registered by another company — Tiffany & company, the color of the trademark was turquoise.

Previously, the attempts to register trademarks consisting of one color were rejected by Rospatent. The exception is the trademark in pink color of the Dutch company "Reckitt Benckiser N.V." (well-known "Vanish").

What are the requirements of Rospatent to registration of a color?

Why does this kind of registration become possible? The corresponding color should be strongly associated with specific products or activities of a particular company. In other words, the registration of such trademarks is permitted only if there is convincing evidence of the distinctive character due to continuous and intensive use. Precisely such evidence was submitted to Rospatent by the companies stated above, and in each case the issue of the registration was resolved individually.

By the way, the new Rules of Rospatent concerning execution and filing the trademark applications provide for the possibility to submit the trademarks consisting only of one color for registration. But later on, successful registration will be possible only if it is confirmed that exactly this particular color is associated by the consumer with a particular manufacturer that has been using it for a long time in its activities (i.e. to prove the attainment of distinctive character).

Will the legal disputes arise?

The main question of concern for a significant number of persons, from representatives of companies operating in the same areas, to designers and patent attorneys, is whether such registration means a ban on the use of these colors in the trademarks of other persons or on goods and in activities listed in the trademark certificates of Sberbank, MTS and Gazprom?

Actually, the opinions of experts on this issue are divided. On the one hand, certainly, the trademark registration gives the holder certain monopoly on its use in respect of those goods and services for which the registration was made.

At the same time, in those areas of activity covering the trademark registered, there are registrations with an earlier priority and made in the same color range. Whether the holders of new trademarks will challenge these registrations is still unknown.

For example, the trademarks registered for banking services using the green color: 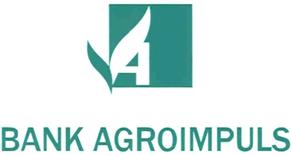 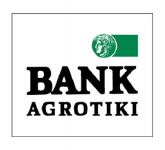 Trademarks in blue color for services similar to Gazprom's services: 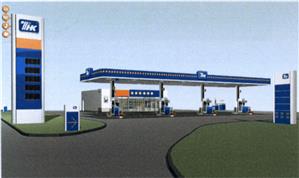 Commenting on the registration of trademarks in one color, special attention should be paid to the fact that the registration was made not just for a particular color, but for certain shades with their numbers indicated in the Pantone system. Sberbank has "green color corresponding to Pantone 349", Gazprom has "blue color (Pantone 300CV)", MTS has "red color, Pantone 485", and Tiffany has "turquoise, Pantone 1837".

According to Wikipedia files, the Pantone color model is a standardized color matching system developed by the American company Pantone Inc. in the mid-20th century. Currently, the main product of the company is Panton color catalogs (in common use - "Panton fan"), consisting of a large number of small sheets of thick paper, on one side of which the color samples are printed, each color is accompanied by an ordinal number and a color formula. These numbers were indicated in the trademark applications of the above stated companies.

In our opinion, by registering the trademarks for a particular shade, Rospatent expert commission restricts their holders giving them no monopoly on the color as a whole. By restricting the scope of claims and protection, Rospatent gives other applicants the opportunity to register their trademarks in other shades of the same color. The evidence is the trademarks applied later than those of the mentioned giants, but the registration of such trademarks was made.

For example, the following trademarks were registered for the same services as Sberbank, MTS, and Gazprom trademarks: 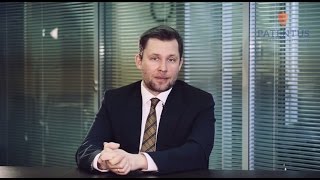 Back to the list «Trademarks»
By continuing to work, you confirm that the site uses cookies from your browser in order to improve the offers and service based on your preferences and interests.
More details